The One True Gospel

The One True Gospel:
Answers and Tools for Beginning Writers

You want to write a story, or maybe a novel, and you’d like me to tell you how.

The Rules, so to speak.

OK. Here is the One True Gospel of Writing. Ready?

Write as thou wilt.

Unhelpful, I know. Unfortunately, there are no rules, no absolutes to writing. Just tell your story. It’s as easy as that. And as hard.

But first, a word of caution. The publishing industry is littered with the shattered dreams of wannabe authors who sat down to write the Great American Novel with no preparation but the tiny effort spent locating a pad and a pen. They write and write and write, and years later they realize their story just doesn’t work. They get discouraged and quit.

Don’t be that person.

I am going to assume you are a new author, with a lot of excitement, and not a lot of experience with the standard tools of what I call “story management.” Despite your enthusiasm, I urge you to take a minute and think about what you want to accomplish and how you might do it. You’re here now, with people to help you, so you’re in the right place to begin.

There are guidelines and tools that will make your writing life easier. Let’s look at a few.

Where do authors get their ideas?

Rarely does a Great Idea erupt fully formed from your mind like Athena from the head of Zeus. You start, often, with the germ of an idea. It could be a character, or a place. Perhaps it builds from a snippet of dialogue overhead in a diner or a photograph you saw in a magazine in the waiting room at the doctor’s office. You get a feeling. Some little tingle that won’t let go. Start looking for those little gems and write them down in a file on your phone or a notepad you keep in your purse. You may never know when that snippet will become just thing you need for a project.

You can also purposefully cultivate an idea. Start with a question like “What if…?” or a story-starting lead-in like “If only….”

What if a virus causes everyone to have to isolate and wear masks at all times?
How would that affect daily life? What problems would that cause?
Escalate those problems into the future. In 10, 20, 50 years, do they become catastrophes?

The trick now is to massage your germ of an idea into something more.

Start brainstorming lists of what could happen. Don’t hold back. Write down everything that crosses your mind no matter how ridiculous it may seem. When the storm slows to a trickle, go back over your list and start crossing out the most obvious ideas until you’re down to just a few of the most creative and unusual ones to mull over.

Then begin building your story around the best one or two ideas.

How many characters should I use to tell my story?

George R. R. Martin made a fortune writing a series of mega-cast epics. If you are reading this article, you perhaps are not ready to write on that scale. Don’t worry, many established authors aren’t ready for it either.

As a new writer, I suggest you should limit the scope of your story to keep your project manageable. Generally, the more characters you employ, the harder it will be to structure your story and maintain your reader’s interest in each character. Too many characters may make it difficult to differentiate between them, leaving you with shallow, clichéd characters—what critics call “cardboard” characters. You want each significant character to be drawn as a multifaceted persona, with flaws, goals, and personality. If they are not, get rid of them. The perennial advice “Kill your darlings” is as apt in this stage as it will be in revising your story later on.

So how many characters do you really need? You usually need a minimum of two: a protagonist and an antagonist.

Note those are not the same as a hero and a villain. The protagonist may be less than heroic. The antagonist does not have to be the bad guy. In fact, you want to avoid an antagonist who is nothing more than a caricature of Snidley Whiplash twirling his mustache as he ties Nell Fenwick to the railroad tracks. Rather the antagonist is merely the person who is a roadblock to the protagonist achieving his goals.

Let me give you an example. In football, there is a fierce rivalry between the Army and the Navy teams. Neither is evil, but each tries to thwart the other’s efforts to win. In a rivalry between suitors in a romance, it is very possible that each man is a good guy who simply wants to win the girl for himself. Not villains. Antagonists.

Also, the antagonist does not need to be a human. Remember “To Build a Fire” by Jack London? In that classic short story, the antagonist is Nature itself. (Reread it online at this website: https://americanenglish.state.gov/files/ae/resource_files/to-build-a-fire.pdf.)

Of course, you can have more than two characters in your story. In fact, for a novel, more than that is likely to prove necessary. You’ll need people for your characters to interact with. However, do try to make it easier on yourself the first time out; two to five significant characters is a good starting place. Any more than that and you may have trouble herding all those people into an effective tale.

So, who should tell my story?

Generally, your story should be told mainly through the character (or characters) who changes throughout the course of the story. This character is the protagonist. In its simplest form, the story begins with the protagonist one way, and ends the story when the character is at the polar opposite of the spectrum. If Scrooge starts out starts out a selfish and mean-spirited miser, by the end of the story he must transition into a generous, caring, Christmas-loving Ebeneezer. If Anakin Skywalker begins as the virtuous Chosen One, he must devolve into the baddest supervillain in the galaxy, Darth Vader. What happens to effect this change is the Story. We’ll discuss this (lots) more in a forthcoming article on story structure.

What point of view should I use?

The tool you use to tell the story is called Point of View or POV. You studied this in middle school. It’s the whole first, second or third person thing.

As a new author, you may find second person point of view to be excessively challenging. Let’s skip it for the time being.

First person is commonly used in mysteries and some other genres of fiction. The challenge here is that you can only tell the story from the eyes and mind of a single person. If someone else sees something happen, the action must be told to the main character. Otherwise, he can’t know about it. Do not try to cheat on this.

There is a third person omniscient point of view as well. This is sometimes referred to as “God’s eye” POV. In this case, the perspective floats from one person to another easily, fairly constantly, and, most importantly, skillfully. If you shift POV only once in a while to add a comment on someone else’s storyline, you’re cheating. It’s called “headhopping” and your reader will call you on it. To be considered Omniscient, this shift must be consistent throughout the story.

I’ll write more about Point of View with examples and tools in a future article.

I’m ready to write my story. Now what?

Well, that is the trick.  You’ll need to consider the structure of your story. Structure is the glue that holds your whole story package together. There are entire books on the subject. I’ll discuss structure in the near future.

In the meantime, suffice it to say there are two broad camps on how to approach your structure. “Planners” sit down and map out their story to a greater or lesser degree before writing. “Pantsers” prefer to write by the seat of their pants, relying on their innate sense of storytelling, characters that play nicely with each other, and perhaps faith in a higher power to ensure that the story works out by The End. Pantsers accuse Planners of being slaves to a formula; Planners point out the terrifying insecurity and potential waste of printer paper from having no sure path to the finish. I’m a combination. I start out pantsing, and once I have some feel for my story and characters, I need to sit down and plan out the rest.

What if I don’t want to follow an accepted story structure?

I know I said in the beginning “Write as thou wilt,” and I do mean it. However, whether you are a Pantser or a Planner, you must know how stories work best. Your reader wants to be surprised, not confused. And you risk confusion if you try to work outside the conventions that have worked well for storytellers for millennia.

Learn the basics of structure, practice it until it becomes something you understand thoroughly, and only then should you try to reinvent the form. Learn the rules guidelines first, before you break them. Believe me when I say you will save yourself so much effort and time. And printer paper.

Now you know a few basic guidelines. You’re ready to grab your pen or keyboard and get to work. Good luck, and I’ll see you back here for more in-depth discussions in coming weeks. 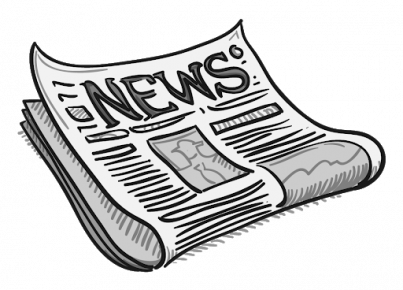 News
The One True Gospel
3
0